I was looking to use the coco SSD tflite model in Snapchat Lens Studio. But it is giving the following error:

I have contacted snap’s team regarding the same and still waiting for their response. In the meantime, I thought if anyone of you can throw some light on the issue and why it is coming up then it would be great.

I guess the error is due to the fact that I am using .pb file whereas lens studio is expecting a .tflite file. I am following this tutorial and it states the steps to convert a tf v2 detection model to convert into a file model. I followed the colab netbook that is present in the GitHub file, but after doing that where in the colab file structure I can find the newly created file model?

Which files I have to download after completely running the notebook?

the pb file seems to be the non-converted model

So, from where can I get the correct .pb file?

I followed the colab notebook and extracted the model.tflite file. Now, it is giving the following error. Any idea, why is that?

The final file structure was this: 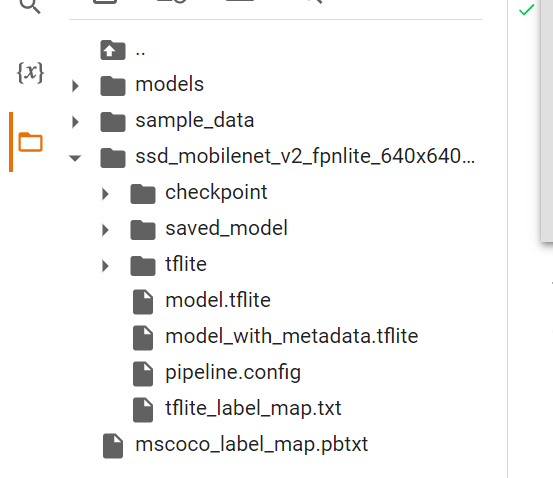 And I used the model.tflite file. I think I chose the right one, but don’t know why the error popped out?

Did you try using this converted model at least once just for test? to see if the conversion worked fine

No, I didn’t used the model. I generally uses tfjs model for web, don’t know how to use tflite models